If you have clicked on this blog then the chances are that you (or someone close to you) is struggling with emotional eating.

Emotional eating is something that a lot of people struggle with.  Often it is overlooked as a problem.  People tend to label themselves as being ‘greedy’, or describe what they call a ‘bad day’.  Unlike eating disorders such as anorexia and bulimia, emotional eating is often dismissed by people as something that isn’t that serious.  The reality however, is that it can be very distressing and many people end up feeling that their life is controlled by food.

Emotional eating refers to food that satisfies a feeling, rather then fills a physical hunger . For example some people may reach for ice cream if they are feeling sad, or open some crisps if they are feeling bored.  Either way they are not eating because their body needs fuel. 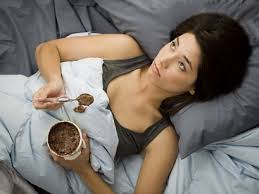 There are several differences between emotional hunger and physical hunger.  Here are some of them – .

1. When you are eating to fill a void that isn’t related to an empty stomach, you crave a specific food, such as pizza or ice cream, and only that food will meet your need. When you eat because you are actually hungry, you’re open to options.

3, Emotional hunger feels like it needs to be satisfied instantly with the food you crave; physical hunger can wait.

5. Emotional eating can leave behind feelings of guilt; eating when you are physically hungry does not.

People often find that there are certain times of the day when they are more vulnerable – perhaps late at night for example.  Others however may find that it depends on what is going on in their life.  During highly stressful times food can often play the role of comforting someone, or calming down their anxiety  For example if someone has a highly stressful job, or if they are having relationship issues.  Childhood habits and social influences can also have an impact on emotional eating.  For example some people may have grown up being rewarded with food, and others may be very nervous in social situations. Either way food becomes a persons way of coping and managing with things.  People begin to see it as their ‘best friend’.  The irony is that it is in fact also their worst enemy, and while they use it in this way, they end up feeling worse about themselves.. 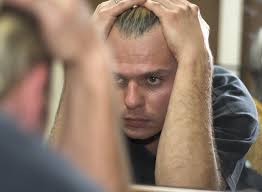 It is important that people are able to identify that they have an issue with food, before they can really start to deal with it. It is also vital that people realise that this release is only temporary.  Much like drinking alcohol, taking drugs , exercise or having sex, food can become an addiction, and the ‘high’ can only last so long.  The come down after a binge can be awful and many people can spend ages beating themselves up and feeling very low in mood, as well as in physical discomfort. Once people recognise that there is an issue, the next step is having the desire to change.  Once this happens, then people can start to overcome this destructive relationship with food, and make some real positive changes.

There are some real positive changes that people can make to their lives in order to recover from emotional eating.  The best place to start is to keep a food diary and write down everything that is being eaten. It is also advisable to record all feelings and emotions in this diary.  It is useful to then look back and review what has been happening.  Only then can people start to understand and recognise what their triggers are.  They can then be mindful of them going forward.

It is also a good idea to try and slow down, and get more in touch with what is being eaten, and the process of eating.  Often people can eat too fast and not even acknowledge what they are doing.  If this process can be slowed down it can really help.  General day to day relaxtion, breathing techniques, yoga etc can also be good in times of high stress and a positive alternative to eating.  If people can learn to choose other things such as reading a book or going for a walk, then they will be able to adapt their lifestyle accordingly.  Daily exercise (not excessive) can be really useful too.

It is important that people also connect with others, and talk about their feelings and emotions.  Networking is vital in times of stress, anxiety etc, as is getting enough sleep and taking care of ourselves.  Finally psychotherapy can really help if people feel that they are addicted to food, and that it is all consuming for them.  If you feel that therapy is something that you (or someone close to you ) could benefit from then please e mail info@yourcounsellingservice.co.uk or call 07590 663938.